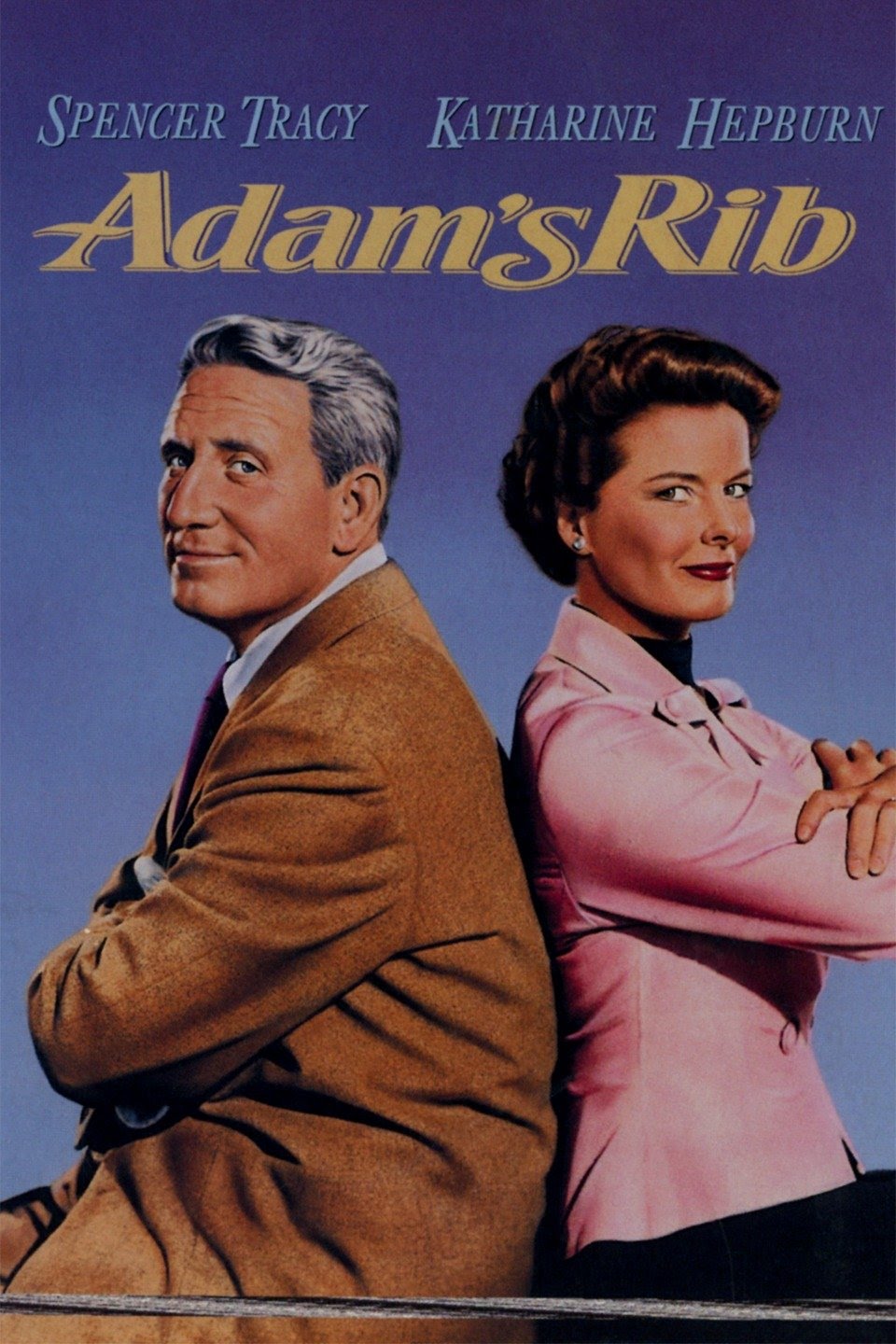 Amanda Bonner’s (Katharine Hepburn) closing argument in court to defend the actions of her client Doris Attinger (Judy Holliday), using the principle of equality before the law. In a “revealing experiment” to reverse the couple’s sex-stereotyped roles, she asked the jury to imagine the defendant Mrs. Attinger as a home-protecting man, to picture “slick home-wrecker” Miss Caighn as a predatory wolfish man (with short dark hair and a mustache), and to fantasize that Mr. Attinger was a woman (with blonde hair). The camera showed the action through the eyes of the jurors – each of the three characters were momentarily transformed. Amanda defended the “unwritten law” – the passionate-lover defense that allowed a man to break the law to save his home by killing his wife when caught in bed with a lover. And she argued that the wife Doris [and by extension all women] was entitled to the same defense and justice in the courts that a man received, whatever that justice may be:

Amanda Monologue: And so the question here is equality before the law, regardless of religion, color, wealth, or, as in this instance, sex…Law, like man, is composed of two parts: Just as man is body and soul, so is the law, letter and spirit. The law says, ‘Thou shalt not kill,’ yet men have killed, and proved a reason, and been set free. Self-defense, defense of others, of wife, of children, and home. If a thief breaks into your house, and you shoot him, the law will not deal harshly with you, nor indeed should it. So here, you are asked to judge not whether or not these acts were committed, but to what extent they were justified. Now, ladies and gentlemen of the jury, I request that you join me in a revealing experiment. I ask you all to direct your attention to the defendant, Mrs. Attinger. Now keep looking at her, keep watching. Listen carefully and look at her. Look at her hard. Now imagine her a man. Go on now, use your imaginations. Think of her as a man sitting there accused of a like crime — a husband, who is only trying to protect his home.

Now hold it. Hold that impression and look at Beryl Caighn. Look at her. Look at her hard, a man, a slick home wrecker, a third party, a wolf! You know the type. Alright, hold that impression and look at Mr. Attinger, and suppose him a woman. Try, try hard. Ah, yes, there she is. The guilty wife! Look at her! Does she arouse your sympathy?! Alright! Now you have it! Judge it so! An unwritten law stands back of a man who fights to defend his home. Apply this same law to this maltreated wife, and neglected woman. We ask you no more: equality. Deep in the heart of South America, there thrives today a civilization far older than ours: a people known as the Loquiňanos, descended from the Amazons. In this vast tribe, members of the female sex rule and govern, and systematically deny equal rights to the men, made weak and puny by years of subservience, too weak to revolt. And yet, how long have we lived in the shadow of a like injustice?

Consider this unfortunate woman’s act as though you yourselves had each committed it. Every living being is capable of attack, if sufficiently provoked. Assault lies dormant within us all. It requires only circumstance to set it in violent motion. I ask you for a verdict of not guilty. There was no murder attempt here, only a pathetic attempt to save a home.