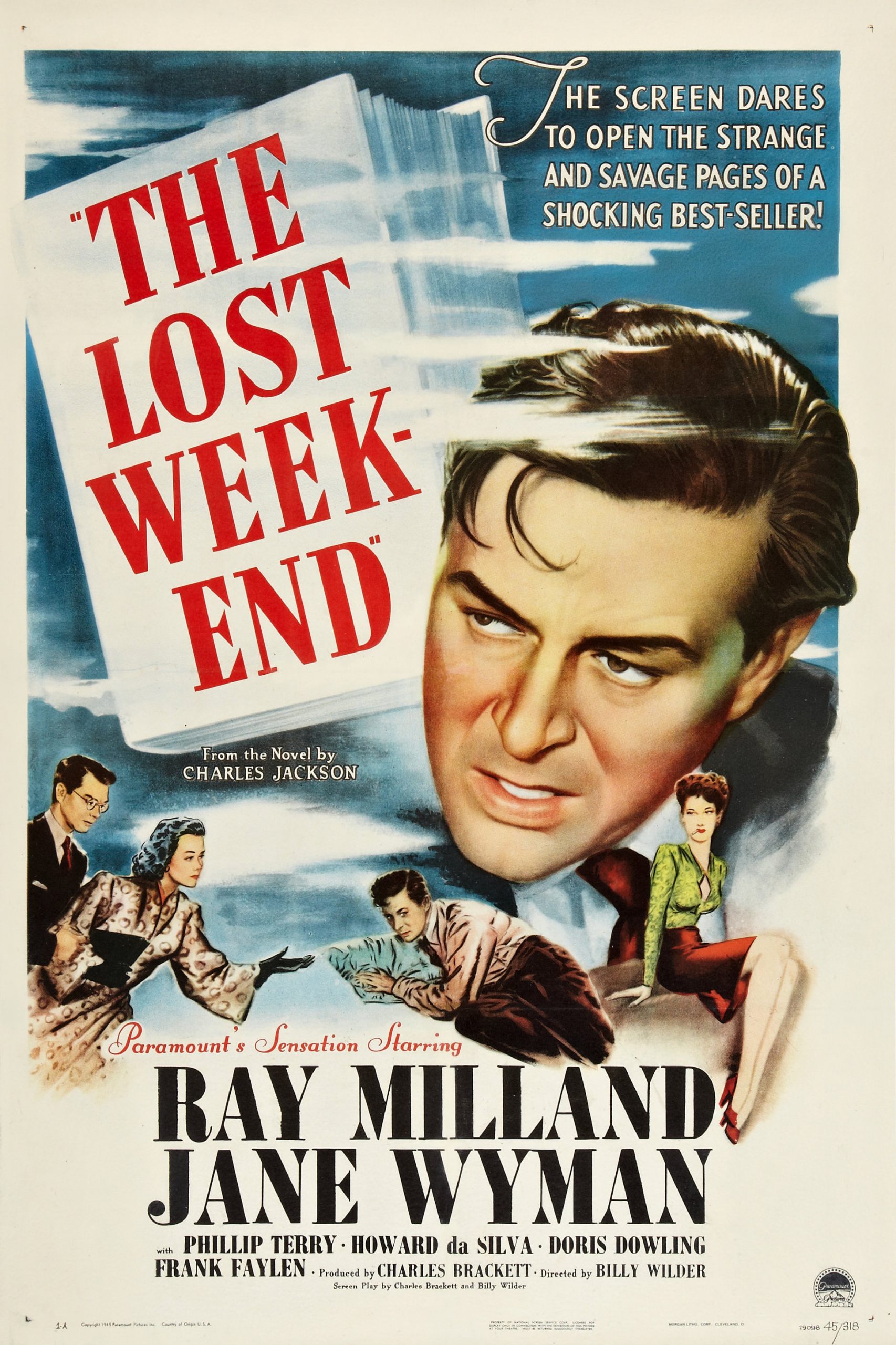 Screenwriter(s): Charles Brackett, Billy Wilder Later, in a flashback, drunkard Don Birnam (Ray Milland) confessed his drinking problem to girlfriend Helen St. James (Jane Wyman). He related how his authoring brilliance as a Hemingway-like writer during his college years was soon blocked and tarnished, declining after age nineteen with a recourse to the bottle. He was helplessly schizophrenic, divided between Don the Drunk and Don the Writer. As an aspiring writer, he described the soaring, creative juices that flowed with just a few drinks, and how he spiraled down into despair and agony when the booze wore off. He began his recollections after Helen asked: “What is it you wanna be so much that you’re not?” Don Monologue: A writer. Silly, isn’t it? You know, in college, I passed for a genius. They couldn’t get out the college magazine without one of my stories. Boy, was I hot! Hemingway stuff. I reached my peak when I was nineteen. Sold a piece to The Atlantic Monthly, reprinted in the Reader’s Digest. Who wants to stay in college when he’s Hemingway? My mother bought me a brand-new typewriter. And I moved right in on New York. Well, the first thing I wrote, that didn’t quite come off. And the second, I dropped. The public wasn’t ready for that one. I started a third and a fourth. Only by then, somebody began to look over my shoulder and whisper in a thin, clear voice like the E string on a violin. ‘Don Birnam,’ he’d whisper, ‘It’s not good enough, not that way. How about a couple of drinks just to set it on its feet, huh?’ So I had a couple. Oh, what a great idea that was! That made all the difference. Suddenly, I could see the whole thing. The tragic sweep of the great novel beautifully proportioned. But before I could really grab it and throw it down on paper, the drinks would wear off and everything would be gone like a mirage. Then there was despair, and I’d drink to counter-balance despair. And then one to counter-balance the counter-balance. And I’d sit in front of that typewriter trying to squeeze out one page that was half-way decent. And that guy would pop up again… The other Don Birnam. There are two of us, you know. Don the Drunk and Don the Writer. And the drunk would say to the writer, ‘Come on, you idiot. Let’s get some good out of that portable. Let’s hock it. Let’s take it to that pawn shop over on Third Avenue. It’s always good for ten dollars. Another drink, another binge, another bender, another spree.’ Such humorous words. I’ve tried to break away from that guy a lot of times, but no good. You know, once I even got myself a gun and some bullets. I was gonna do it on my thirtieth birthday. Here are the bullets. The gun went for three quarts of whiskey. That other Don wanted us to have a drink first. He always wants us to have a drink first. The flop suicide of a flop writer.