A View From The Bridge By Arthur Miller 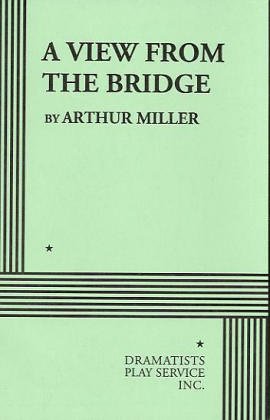 ALFIERI: You wouldn’t have known it, but something amusing has just happened. You see how uneasily they nod to me? That’s because I am a lawyer. In this neighborhood to meet a lawyer or a priest on the street is unlucky. We’re only thought of in connection with disasters, and they’d rather not get too close.
I often think that behind that suspicious little nod of theirs lie three thousand years of distrust. A lawyer means the law, and in Sicily, from where their fathers came, the law has not been a friendly idea since the Greeks were beaten.
I am inclined to notice the ruins in things, perhaps because I was born in Italy . . . I only came here when I was twenty-five. In those days, Al Capone, the greatest Carthaginian of all, was learning his trade on these pavements, and Frankie Yale himself was cut precisely in half by a machine gun on the corner of Union Street, two blocks away. Oh, there were many here who were justly shot by unjust men. Justice is very important here.
But this is Red Hook, not Sicily. This is the slum that faces the bay on the seaward side of Brooklyn Bridge. This is the gullet of New York swallowing the tonnage of the world. And now we are quite civilized, quite American. Now we settle for half, and I like it better. I no longer keep a pistol in my filing cabinet.

And my practice is entirely unromantic.

My wife has warned me, so have my friends; they tell me the people in this neighborhood lack elegance, glamour. After all, who have I dealt with in my life? Longshoremen and their wives, and fathers and grandfathers, compensation cases, evictions, family squabbles – the petty troubles of the poor – and yet . . . every few years there is still a case, and as the parties tell me what the trouble is, the flat air in my office suddenly washes in with the green scent of the sea, the dust in this air is blown away and the thought comes that in some Caesar’s year, in Calabria perhaps or on the cliff at Syracuse, another lawyer, quite differently dressed, heard the same complaint and sat there as powerless as I, and watched it run its bloody course.