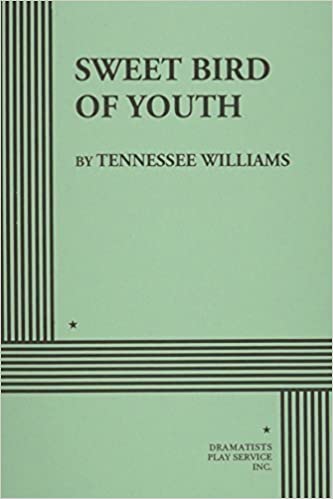 HEAVENLY: Don’t give me your “Voice of God” speech, Papa, there was a time when you could have saved me, by letting me marry a boy that was still young and clean, but instead you drove him away, drove him out of St. Cloud. And when he came back, you took me out of St. Cloud, and tried to force me to marry a fifty-year-old money bag that you wanted something out of – and then another, another, all of them ones you wanted something out of. I’d gone, so Chance went away. Tried to compete, make himself big as these big-shots you wanted to use me for a bond with. He went. He tried. The right doors wouldn’t open, and so he went in the wrong ones, and – Papa, you married for love, why wouldn’t you let me do it, while I was alive, inside, and the boy was still clean, still decent? You married for love, but you wouldn’t let me do it, and even though you’d done it, you broke Mama’s heart. Miss Lucy was your mistress long before Mama died. And Mama was just in front of you. (pause) Can I go in now, Papa? Can I go in now, Papa? I’m sorry my operation has brought this embarrassment on you, but can you imagine it, Papa? I felt worse than embarrassed when I found out that Dr George Scudder’s knife had cut the youth out of my body, made me a childless woman. Dry, cold, empty, like an old woman. I feel as if I ought to rattle like a dead dried-up vine when the Gulf Wind blows, but, Papa – I won’t embarrass you any more.