A Mouthful of Air By Amy Koppleman 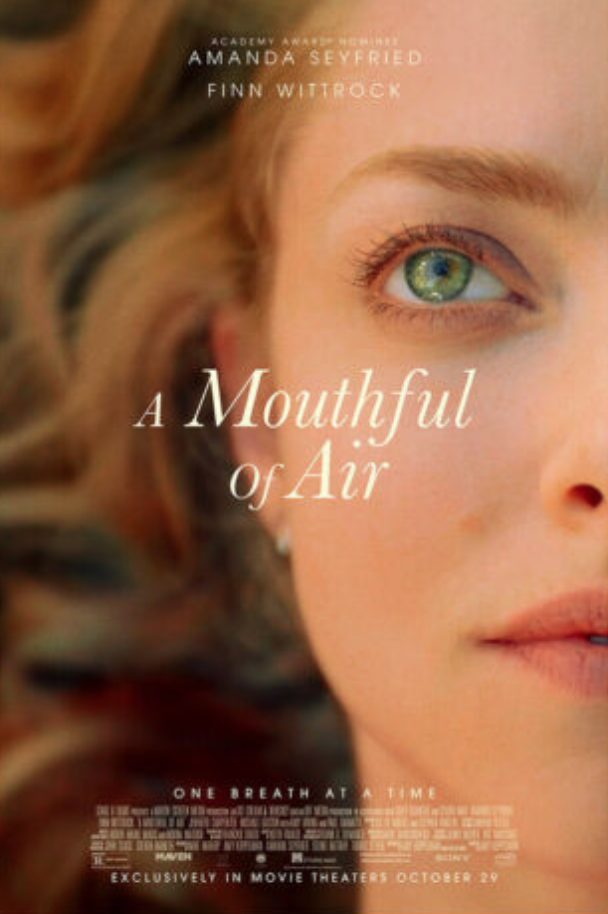 Julie Davis and her husband Ethan Davis are sitting on their rooftop laying on a picnic blanket. Julie is pregnant with their second child, a daughter. Ethan asks her for a story, she tells him about the new children’s book she is working on.

Julie Con’t: Once upon a time there was a star monster. And it began plucking the stars from the sky, one by one. Every time he grabs one, he puts it against his chest. It goes into his body and then they glow out of his stomach, bright, really bright. And our heroine, this little girl called Pinky Tinkerbink is really sad.

Ethan: Why is she sad?

Julie: Because the star monster is taking all the stars out of the sky. How is she gonna wish on anything? So she’s trying to figure out how to put all the stars back into the sky.  And she thinks about …

So she unscrews all the lightbulbs in her house and she throws them up one by one into the sky, and they all fall down. And so she thinks and she thinks and she realizes that diamonds, they sparkle like the stars. So she pops all of her diamonds out of her tiara, and she takes her slingshot, and she just like, slings them up into the sky one by one. And they went – they go further than the light bulbs. But they can’t go far enough. And they all come raining down on her. So Pinky thinks and she thinks and she thinks. And then she thinks, “Lemons, Lemons are yellow like the stars.” But lemons are very heavy. So … she finds a leaf blower under a pile of old leaves. And she starts putting the lemons in her leaf blower. She’s firing lemons out of her leaf blower because its so powerful, right? And the lemons go flying up in the sky and they go further than the diamonds. Father than the light bulbs. But they don’t go far enough. And they come tumbling down on Pinky. So she didn’t know what to do because there was nothing to wish on, not just for her, but for all the little kids in the world. All the big kids too. Without stars, the world would be a dark and hopeless place.

Ethan: So what did she wish for?

Julie: This. All the ever wanted was this.