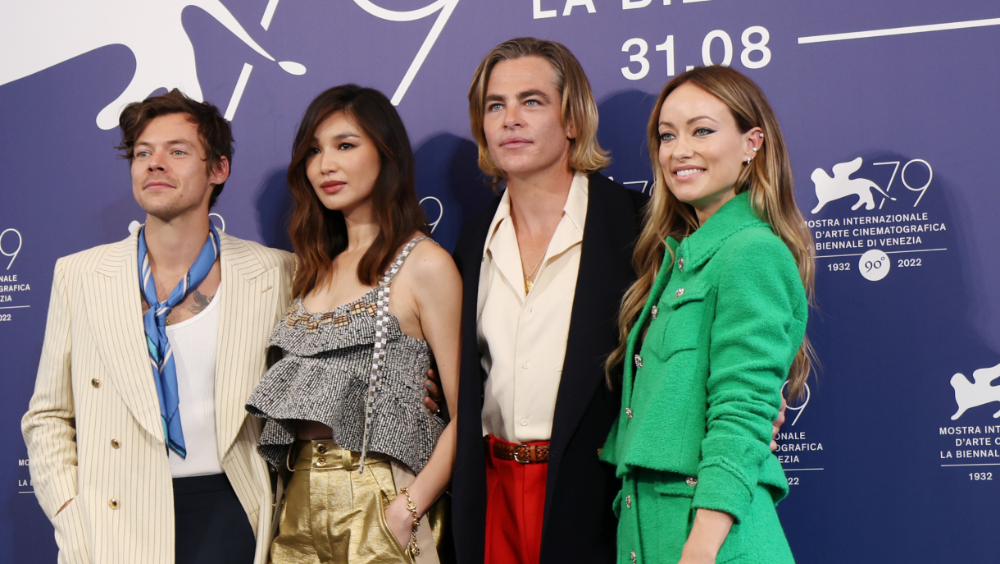 The Venice Film Festival blocked a journalist from asking a question about Shia LaBeouf at a press conference for Olivia Wilde’s “Don’t Worry Darling” on Monday.

LaBeouf was set to star in “Don’t Worry Darling,” but he exited the project in the fall of 2020 and was replaced by Harry Styles. The back and forth between Wilde and Styles about what exactly happened next has been making headlines prior to the film’s Venice world premiere. After Wilde had told Variety in a cover story that LaBeouf’s process “was not conducive to the ethos that I demand in my productions,” the actor denied that he was fired, saying that he “quit the film due to lack of rehearsal time.”

When a journalist began asking a question about LaBeouf on Monday at the press conference, the moderator shut him down saying that the question had already been answered because “it’s on the Internet.” But that wasn’t the case. Before being asked about LaBeouf, Wilde had answered a question about alleged tensions between her and the film’s star Florence Pugh.

Wilde dodged that question, saying: “As for all the endless tabloid gossip out there, the Internet feeds itself. I don’t feel the need to contribute; I think it’s sufficiently self-nourished.”

In an email to Variety, where LaBeouf denied that he was fired, he included a video that Wilde allegedly sent him on Aug. 19, 2020, two days after he claimed he quit.

“I feel like I’m not ready to give up on this yet, and I, too, am heartbroken and I want to figure this out,” Wilde says in the video. “You know, I think this might be a bit of a wake-up call for Miss Flo, and I want to know if you’re open to giving this a shot with me, with us. If she really commits, if she really puts her mind and heart into it at this point and if you guys can make peace — and I respect your point of view, I respect hers — but if you guys can do it, what do you think? Is there hope? Will you let me know?”

Pugh didn’t attend the press conference for “Don’t Worry Darling.” The festival said that the actor’s flight to Venice from Budapest, Hungary — where she is currently on the set of the “Dune” sequel — was arriving only after the press conference, giving her time to walk the red carpet, but not to speak to media.

Wilde was joined at the Monday afternoon press conference by her cast members Harry Styles, Gemma Chan and Chris Pine.

“Don’t Worry Darling” is Wilde’s second movie following on from her directorial debut, “Booksmart.” The thriller is centered on Jack (Harry Styles) and Alice (Pugh), whose seemingly happy marriage in a heightened version of 1960s suburbia becomes increasingly strained when Alice starts having frightening visions.