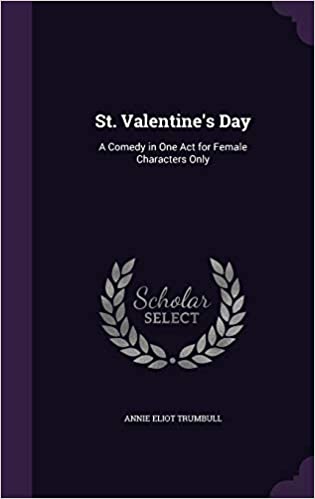 The only idea that I seem to have saved from the general wreck is that there is an extreme likelihood of Richard sending me a comic valentine! And that’s something I had never thought of. What in the world does he send one to Letty for? Something she said suggested it probably.

Yet why do I refuse to put her own construction on it, — that he likes her! Why should he not? come, now — why should he not? She is pretty enough — in a way — fresh, naïve — just the sort of thing to fascinate a somewhat blasé man like Dick Morrison.

What do men care for crudities of manner or speech, if a girl strikes them pleasantly?

And how should he know that her grand passion is coconut cake?

I have been told that he would tire sometime of fruitlessly playing the lover with me. He has not said a direct word of love to me since Letty came! not a word!

He certainly did talk with her a long time the other day. And to promise to go to a social in Walkerville! That is equivalent to a threat of blowing his brains out from a more emotional character.

Well, I ought to be glad.

I think perhaps I am glad.

I’m not in love with Richard Morrison. I said that half an hour ago — and I’ve said it any number of times before — and he only takes me at my word.

And yet — and yet — Letty! That child! How utterly absurd!

Men have no right to abuse their privilege of being absurd! I do not know what to think. I will let the valentine episode decide the matter! He can’t be going to send the same one to both of us. When we have conned our respective valentines we may understand each other better.