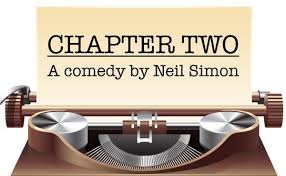 JENNIE: You know what you want better than me, George… I don’t know what you expect to find out there, except a larger audience for your two shows a day of suffering… I know I’m not as smart as you. Maybe I can’t analyse and theorise and speculate on why we behave as we do and react as we do and suffer guilt and love and hate. You read all those books, not me… But there’s one thing I do know. I know how I feel. I know I can stand here watching you try to destroy everything I’ve ever wanted in my life, wanting to smash your face with my fists because you won’t even make the slightest effort to opt for happiness- and still know that I love you.
That’s always so clear to me. It’s the one place I get all my strength from… You mean so much to me that I am willing to take all your abuse and insults and insensitivity- because that’s what you need to do to prove I’m not going to leave you. I can’t promise I’m not going to die, George. That’s asking too much. But if you want to test me, go ahead and test me. You want to leave, leave! But I’m not the one who’s going to walk away. I don’t know if I can take it forever, but I can take it for tonight and I can take it next week. Next month I may be a little shaky… But I’ll tell you something, George. No matter what you say about me, I feel so good about myself- better than I felt when I ran from Cleveland and was frightened to death of New York. Better than I felt when Gus was coming home at two o’ clock in the morning just to change his clothes. Better than I felt when I thought there was no one in the world out there for me, and better than I felt the night before we got married and I thought that I wasn’t good enough for you.
Well, I am! I’m wonderful! I’m nuts about me! And if you’re stupid enough to throw someone sensational like me aside, then you don’t deserve as good as you’ve got! I am sick and tired of running from places and people and relationships… And don’t tell me what I want because I’ll tell you want I want. I want a home and I want a family- and I want a career, too. And I want a dog and I want a cat and I want three goldfish. I want everything! There’s no harm in wanting it, George, because there’s not a chance in hell we’re going to get it all anyway. But if you don’t want it you’ve got even less chance than that… Everyone’s out there looking for easy answers. And if you don’t find it at home, hop into another bed and maybe you’ll come up lucky. Maybe! You’d be just as surprised as me at some of the “maybe’s” I’ve seen out there lately. Well, none of that for me, George. You want me, then fight for me, because I’m fighting like hell for you. I think we’re both worth it.