A View From The Bridge (Catherine) 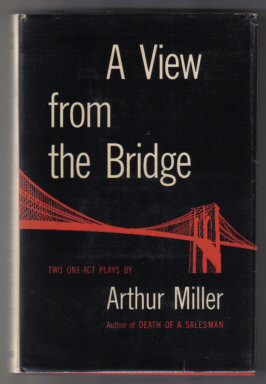 Catherine is a beautiful seventeen-year-old girl. Having rarely left Brooklyn, she’s incredibly naïve. She finds it hard to stand up to her father figure, Eddie, because he’s done so much for her over the course of her life. He’s all that she knows. CATHERINE: Don’t, don’t laugh at me! I’ve been here all my life. Every day I saw him when he left in the morning and when he came home at night. You think it’s so easy to turn around and say to a man he’s nothing to you no more? You don’t know – nobody knows! I’m not a baby, I know a lot more than people think I know. Beatrice says to be a woman but – then, why don’t she be a woman! If I was a wife I would make a man happy instead of going at him all the time! I can tell from a block away when he’s blue in the mind and just needs to talk to somebody quiet and nice. I can tell when he’s hungry or wants a beer before he even says anything. I know when his feet hurt him – I mean, I know him, and now I’m supposed to turn around and make a stranger out of him? I don’t know why I have to do that, I mean