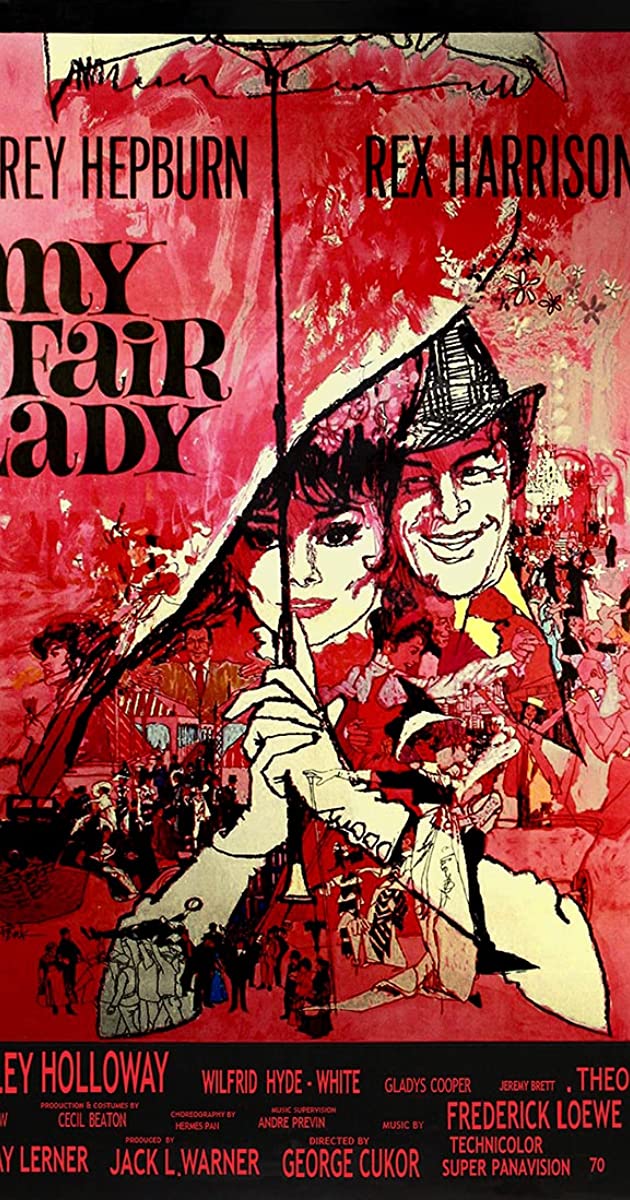 ELIZA DOLITTLE: “My aunt died of influenza, so they said. But it’s my belief they done the old woman in. Yes Lord love you! Why should she die of influenza when she come through diphtheria right enough the year before? Fairly blue with it she was. They all thought she was dead. But my father, he kept ladling gin down her throat. Then she come to so sudden that she bit the bowl off the spoon. Now, what would you call a woman with that strength in her have to die of influenza, and what become of her new straw hat that should have come to me? Somebody pinched it, and what I say is, them that pinched it, done her in. Them she lived with would have killed her for a hatpin, let alone a hat. And as for father ladling the gin down her throat, it wouldn’t have killed her. Not her. Gin was as mother’s milk to her. Besides, he’s poured so much down his own throat that he knew the good of it.”