Look Back In Anger By John Osborn 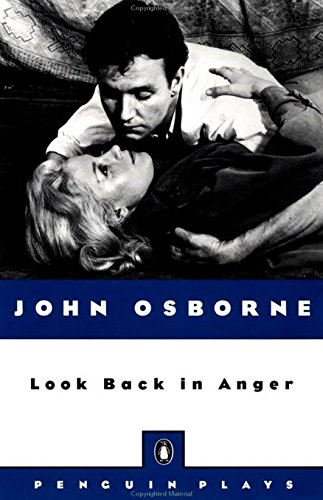 JIMMY: Anyone who’s never watched somebody die is suffering from a pretty bad case of virginity.
[His good humour of a moment ago deserts him, as he begins to remember] For twelve months, I watched my father dying — when I was ten years old. He’d come back from the war in Spain, you see. And certain god-fearing gentlemen there had made such a mess of him, he didn’t have long left to live. Everyone knew it — even I knew it. But, you see, I was the only one who cared… His family were embarrassed by the whole business. Embarrassed and irritated… As for my mother, all she could think about was the fact that she had allied herself to a man who seemed to be on the wrong side in all things. My mother was all for being associated with minorities, provided they were the smart, fashionable ones.
We all of us waited for him to die. The family sent him a cheque every month, and hoped he’d get on with it quietly, without too much vulgar fuss. My mother looked after him without complaining, and that was about all. Perhaps she pitied him. I suppose she was capable of that. [With a kind of appeal in his voice.] But I was the only one who cared! Every time I sat on the edge of his bed, to listen to him talking or reading to me, I had to fight back my tears. At the end of twelve months, I was a veteran. All that that feverish failure of a man had to listen to him was a small, frightened boy. I spent hour upon hour in that tiny bedroom. He would talk to me for hours, pouring out all that was left of his life to one, lonely, bewildered little boy, who could barely understand half of what he said. All he could feel was the despair and the bitterness, the sweet, sickly smell of a dying man.
You see, I learnt at an early age what it was to be angry — angry and helpless. And I can never forget it. I knew more about — love … betrayal … and death, when I was ten years old than you will probably every know all your life.