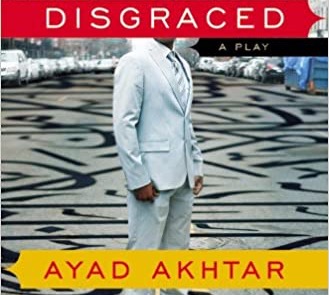 AMIR: You keep saying that like it means something. You still don’t get it. The Quran is about tribal life in a seventh-century desert, Isaac. The point isn’t just academic. There’s a result to believing that a book written about life in a specific society fifteen hundred years ago is the word of God: You start wanting to re-create that society. After all, it’s the only one in which the Quran makes any literal sense. That’s why you have people like the Taliban. They’re trying to re-create the world in the image of the one that’s in the Quran.

Amir has since gotten up from the table and is now pouring himself another drink.

Here’s the kicker. And this is the real problem: It goes way deeper than the Taliban. To be Muslim—truly—means not only that you believe all this. It means you fight for it, too. Politics follows faith? No distinction between mosque and state? Remember all that? So if the point is that the world in the Quran was a better place than this world, well, then let’s go back. Let’s stone adulterers. Let’s cut off the hands of thieves. Let’s kill the unbelievers. And so, even if you’re one of those lapsed Muslims sipping your after-dinner scotch alongside your beautiful white American wife—and watching the news and seeing folks in the Middle East dying for values you were taught were purer—and stricter—and truer… you can’t help but feel just a little a bit of pride.