A Doll’s House By Henrik Ibsen 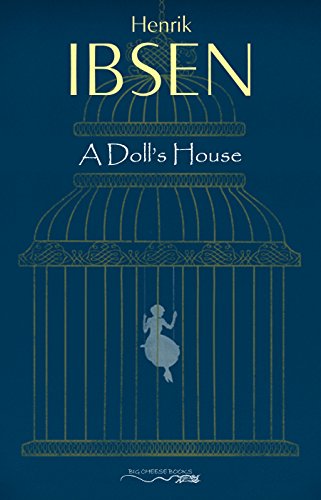 NORA: But it was absolutely necessary that he should not know! My goodness, can’t you understand that? It was necessary he should have no idea what a dangerous condition he was in. It was to me that the doctors came and said that his life was in danger, and that the only thing to save him was to live in the south. Do you suppose I didn’t try, first of all, to get what I wanted as if it were for myself? I told him how much I should love to travel abroad like other young wives; I tried tears and entreaties with him; I told him that he ought to remember the condition I was in, and that he ought to be kind and indulgent to me; I even hinted that he might raise a loan. That nearly made him angry, Christine. He said I was thoughtless, and that it was his duty as my husband not to indulge me in my whims and caprices–as I believe he called them. Very well, I thought, you must be saved–and that was how I came to devise a way out of the difficulty–No, never. Papa died just at that time. I had meant to let him into the secret and beg him never to reveal it. But he was so ill then–alas, there never was any need to tell him. Good Heavens, no! How could you think so? A man who has such strong opinions about these things! And besides, how painful and humiliating it would be for Torvald, with his manly independence, to know that he owed me anything! It would upset our mutual relations altogether; our beautiful happy home would no longer be what it is now.