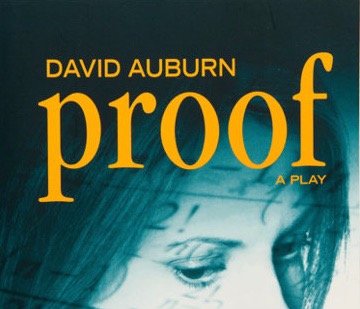 CATHERINE: I lived with him. I spent my life with him. I fed him. Talked to him. Tried to listen when he talked. Talked to people who weren’t there . . . Watched him shuffling around like a ghost. A very smelly ghost. He was filthy. I had to make sure he bathed. My own father . . .

After my mother died it was just me here. I tried to keep him happy no matter what idiotic project he was doing. He used to read all day. He kept demanding more and more books. I took them out of the library by the carload. We had hundreds upstairs. Then I realized he wasn’t reading: he believed aliens were sending him messages through the Dewey decimal numbers on the library books. He was trying to work out the code . . .

Beautiful mathematics. The most elegant proofs, perfect proofs, proofs like music . . . Plus fashion tips, knock-knock jokes – I mean it was nuts, OK? Later the writing phase: scribbling nineteen, twenty hours a day . . . I ordered him a case of notebooks and he used every one. I dropped out of school . . . I’m glad he’s dead.