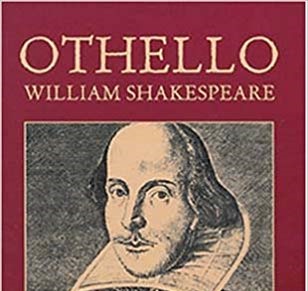 IAGO: Touch me not so near:
I had rather have this tongue cut from my mouth
Than it should do offence to Michael Cassio;
Yet, I persuade myself, to speak the truth
Shall nothing wrong him. Thus it is, general.
Montano and myself being in speech,
There comes a fellow crying out for help:
And Cassio following him with determined sword,
To execute upon him. Sir, this gentleman
Steps in to Cassio, and entreats his pause:
Myself the crying fellow did pursue,
Lest by his clamour—as it so fell out—
The town might fall in fright: he, swift of foot,
Outran my purpose; and I return’d the rather
For that I heard the clink and fall of swords,
And Cassio high in oath; which till to-night
I ne’er might say before. When I came back—
For this was brief—I found them close together,
At blow and thrust; even as again they were
When you yourself did part them.
More of this matter cannot I report:
But men are men; the best sometimes forget:
Though Cassio did some little wrong to him,
As men in rage strike those that wish them best,
Yet surely Cassio, I believe, received
From him that fled some strange indignity,
Which patience could not pass.