‘Network’, Diana Christensen’s Monologue ‘Listen, I sent you all a concept analysis report..’ 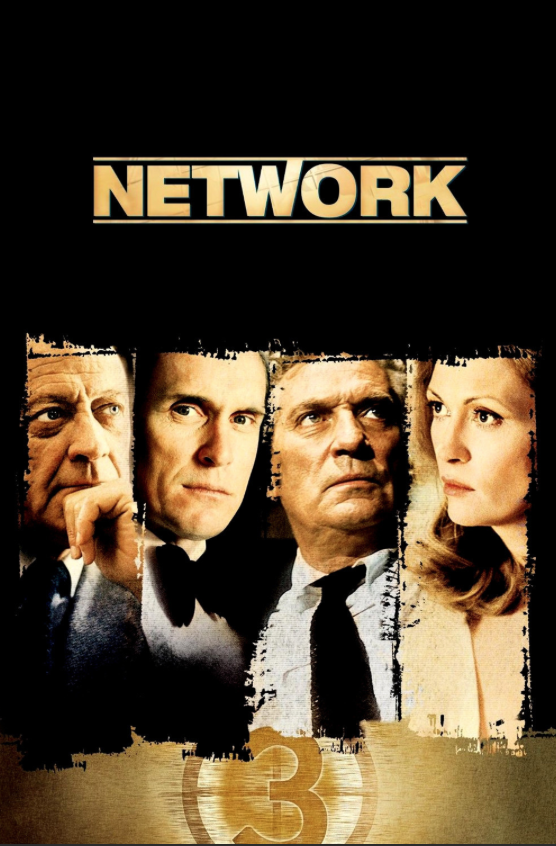 *In this scene Diana chastises her various program directors in a rant about how the network is suffering from low ratings. She dictates that her research shows America wants angry programming in-order to articulate their rage for them.*

Listen, I sent you all a concept analysis report yesterday. Did any of you read it? (apparently not) Well, in a nutshell, it said the American people are turning sullen. They’ve been clobbered on all sides by Vietnam, Watergate, the inflation, the depression. They’ve turned off, shot up, and they’ve f—ed themselves limp. And nothing helps. Evil still triumphs over all, Christ is a dope-dealing pimp, even sin turned out to be impotent. The whole world seems to be going nuts and flipping off into spacelike an abandoned balloon. So this concept analysis report concludes the American people want somebody to articulate their rage for them. I’ve been telling you people since I took this job six months ago that I want angry shows. I don’t want conventional programming on this network. I want counter-culture. I want anti-establishment.

Now, I don’t want to play butch boss with you people. But when I took over this department, it had the worst programming record in television history. This network hasn’t one show in the top twenty. This network is an industry joke. We better start putting together one winner for next September. I want a show developed, based on the activities of a terrorist group. Joseph Stalin and his merry band of Bolsheviks. I want ideas from you people. And, by the way, the next time I send an audience research report around, you all better read it, or I’ll sack the f—ing lot of you, is that clear?