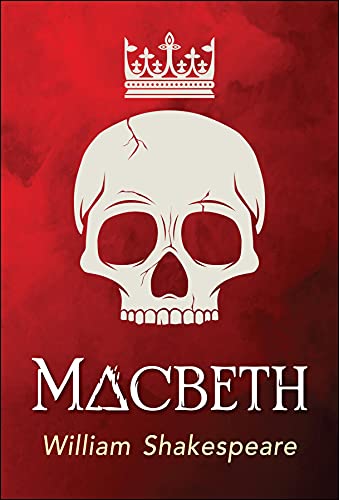 MACBETH: To be thus is nothing;
But to be safely thus.–Our fears in Banquo
Stick deep; and in his royalty of nature
Reigns that which would be fear’d: ’tis much he dares;
And, to that dauntless temper of his mind,
He hath a wisdom that doth guide his valour
To act in safety. There is none but he
Whose being I do fear: and, under him,
My Genius is rebuked; as, it is said,
Mark Antony’s was by Caesar. He chid the sisters
When first they put the name of king upon me,
And bade them speak to him: then prophet-like
They hail’d him father to a line of kings:
Upon my head they placed a fruitless crown,
And put a barren sceptre in my gripe,
Thence to be wrench’d with an unlineal hand,
No son of mine succeeding. If ‘t be so,
For Banquo’s issue have I filed my mind;
For them the gracious Duncan have I murder’d;
Put rancours in the vessel of my peace
Only for them; and mine eternal jewel
Given to the common enemy of man,
To make them kings, the seed of Banquo kings!
Rather than so, come fate into the list.
And champion me to the utterance!