‘Locked Down,’ Linda’s monologue ‘When I got to the hotel..’ 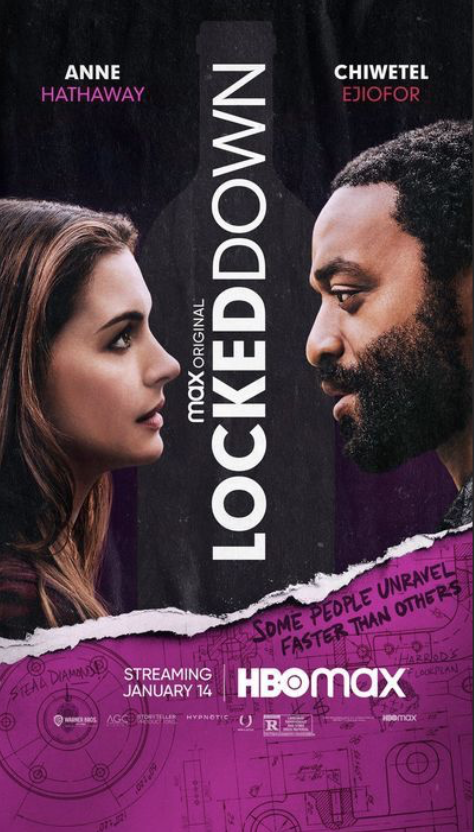 *In this scene Linda is having a minor break down from the pressures of her new CEO position and the mandatory locked down requirements due to the COVID 19 pandemic. She is venting to her recent ex – boyfriend, Paxton who is forced to live with her after they broke up two weeks prior to the world shutting down.*

Linda:
When I got to the hotel there was this banqueting suite and I met six other CEOs – just like me – only I had just become a CEO, so I didn’t realize exactly who I was until I saw the other CEOs and then I was like ‘Oh, that’s who I am now.’

We sat around this table drinking champagne and the conversation was a lot of little voices saying ‘yes,’ and one big voice saying, ‘good,’ Michael Essex’s voice. And then the big voice said ’emerging markets,’ and I – you know how sometimes when people say something I can actually see it?

When he said, ’emerging markets,’ I saw this thing, this shape, appearing from under the table and swimming around our legs – I think I actually did have a temperature that night – but anyway – then he said ‘cigarettes’ and ‘pharmaceuticals’, and I drank some champagne and someone said ‘facilitators’ – that is people who persuade the governments that products are safe and okay, and then the big voice said that ‘facilitators were now a huge link in the chain,’ and I saw this big chain dripping seaweed and then the big voice raised a toast to corruption, and everybody laughed, ironically including me.

And this thing, this shape, it was swimming around my fucking legs, and then the big voice said ’emerging markets were now some big percentage of Miracore’s profits, and so there would have to be rationalization in Europe.

So I drank some of my water because I felt a little sick, but also like I might pass out, but then the waiter said ‘brandy,’ so I said yes. And so rationalization was planned right there at that table in Paris before Christmas.

And the nice people that I fired earlier today, they weren’t fired because of a virus, like I told them, that was a lie. They were fired because of this thing, this shape that swam with me all the way back to my hotel room and then to get rid of it, I used this disgusting glass swan to smash a full length mirror. And rather than walk across broken glass all night, I decided to take the last train home to London.