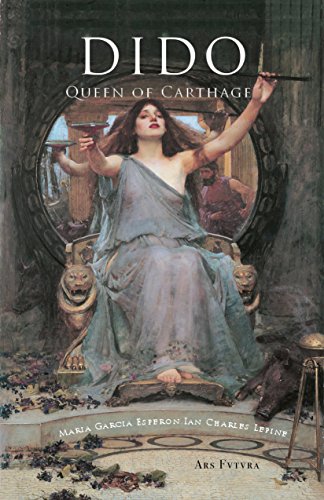 DIDO: Speaks not Aeneas like a conqueror?
O blessed tempests that did drive him in!
O happy sand that made him run aground!
Henceforth you shall be our Carthage gods.
Ay, but it may be, he will leave my love,
And seek a foreign land call’d Italy:
O that I had a charm to keep the winds
Within the closure of a golden ball;
Or that the Tyrrhene sea were in mine arms,
That he might suffer shipwreck on my breast,
As oft as he attempts to hoist up sail!
I must prevent him; wishing will not serve.
Go bid my nurse take young Ascanius,
And bear him in the country to her house;
Aeneas will not go without his son;
Yet, lest he should, for I am full of fear,
Bring me his oars, his tackling, and his sails.
What if I sink his ships? O, he will frown!
Better he frown than I should die of grief.
I cannot see him frown; it may not be:
Armies of foes resolv’d to win this town,
Or impious traitors vow’d to have my life,
Affright me not; only Aeneas’ frown
Is that which terrifies poor Dido’s heart:
Not bloody spears, appearing in the air,
Presage the downfall of my empery,
Nor blazing comets threaten Dido’s death;
It is Aeneas’ frown that ends my days.
If he forsake me not, I never die;
For in his looks I see eternity,
And he’ll make me immortal with a kiss.