An Ideal Husband By Oscar Wilde 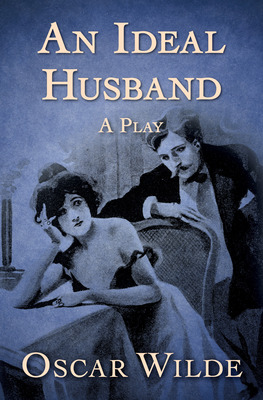 MABEL CHILTERN: Well, Tommy has proposed to me again. Tommy really does nothing but propose to me. He proposed to me last night in the music-room, when I was quite unprotected, as there was an elaborate trio going on. I didn’t dare to make the smallest repartee, I need hardly tell you. If I had, it would have stopped the music at once. Musical people are so absurdly unreasonable. They always want one to be perfectly dumb at the very moment when one is longing to be absolutely deaf. Then he proposed to me in broad daylight this morning, in front of that dreadful statue of Achilles. Really, the things that go on in front of that work of art are quite appalling. The police should interfere. At luncheon I saw by the glare in his eye that he was going to propose again, and I just managed to check him in time by assuring him that I was a bimetallist. Fortunately I don’t know what bimetallism means. And I don’t believe anybody else does either. But the observation crushed Tommy for ten minutes. He looked quite shocked. And then Tommy is so annoying in the way he proposes. If he proposed at the top of his voice, I should not mind so much. That might produce some effect on the public. But he does it in a horrid confidential way. When Tommy wants to be romantic he talks to one just like a doctor. I am very fond of Tommy, but his methods of proposing are quite out of date. I wish, Gertrude, you would speak to him, and tell him that once a week is quite often enough to propose to any one, and that it should always be done in a manner that attracts some attention.